It’s no secret that the Sony’s PS5  Console is putting itself in direct competition with the Xbox Series X. This next-generation PlayStation should be released later this year – as we know – “in time for Holiday 2020.” That’s around the same time as Xbox is planning to surprise its fans with the new series. Now, if we seek to answer which console is going to be better, that’s hardly possible to accomplish.

The reason being that both Sony and Mmicrosoft are remaining tight-lipped about their new consoles. There are some leaks and juicy details we can access, but still, we’re not even close to be certain about what the future really holds. As we already covered the Xbox Series X Console in our previous article, now it’s time to take a look at the Sony’s PS5 Console. 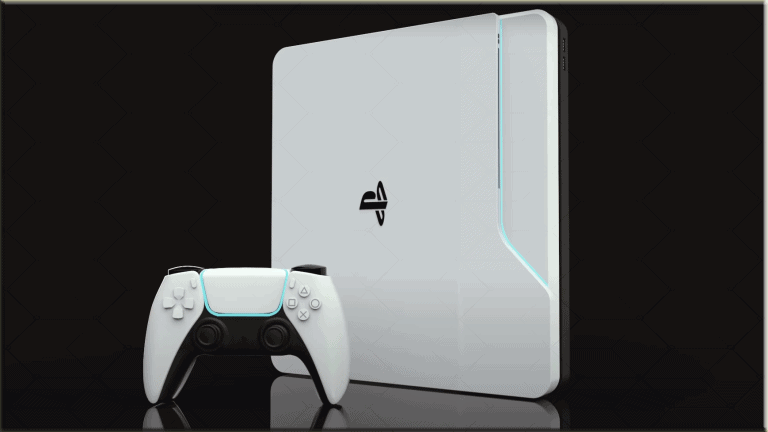 PlayStation 5 is undoubtedly going to be an innovative and powerful platform. Besides the fact that there are still more details to be unrevealed on what we can expect from PlayStation’s next-gen offering – we know that the PS5 will feature highly immersive custom 3D audio unit, custom AMD GPU with ray-tracing, and integrated custom I/O system. In addition, with its ultra-high-speed SSD, both old and new games will be launched much faster than on PS4.

Ports wise, this console will include HDMI, USB, digital optical audio, and networking. According to the most recent prediction, the PS5 will cost somewhere around $499 in the U.S. and £449 in the UK. While pre-orders are not yet active for the most part, multiple retailers worldwide offer sign-ups for to be notified once they start.

We also came across the news that the Sony is looking to introduce its new DualSense controller. With its lighter design and improved rechargeable battery, this two-tone controller will be a great replacement to their classic DualShock. Moreover, this new controller holds sounding features that are beyond amazing; those include a built-in mic, haptic feedback, and adaptive triggers.

Not confident, but we can assume that the PS5 console design will somewhat match that of its DualSense controller. We could see the same two-tone white and black color scheme with blue lighting, slightly rounded edges and little definition of buttons and ports. Based on Sony’s previous innovative works, fans can expect very minimalist, alien-futuristic design of the PS5.

Above all, we believe PS5 will make it possible for developers to exploit their creativity in best way there is. They will be able to develop expansive worlds and innovative play experiences their games. Stylish, slim, and laden with advanced features, this concept design is what loyal PlayStation gamers deserve.

Finally, in case you’re looking for some Free PlayStation Codes, make sure you read about that on our website. GiftCardsBuzz is resolute to provide you with the latest free codes you can use in your everyday life. Stick around and share it with others you know are in need for such service!